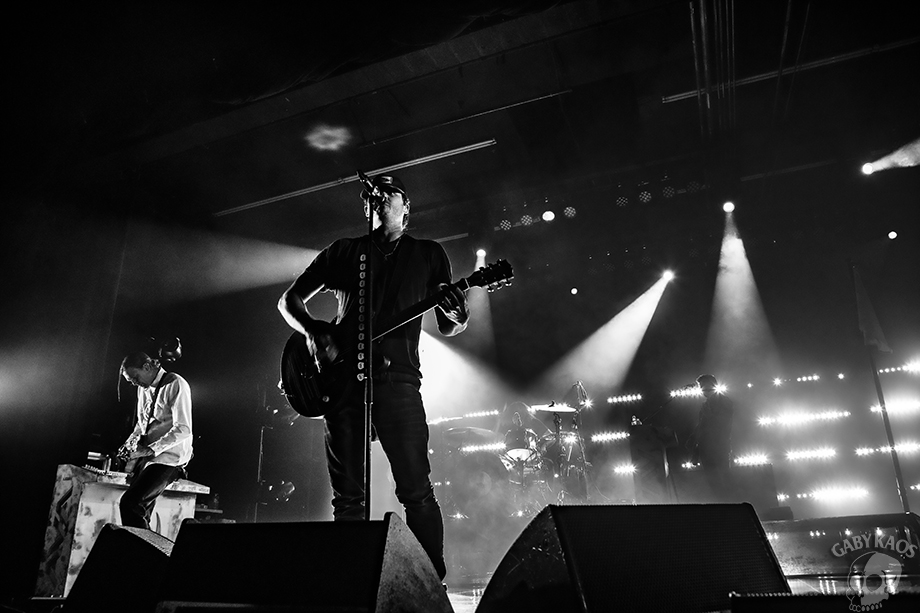 Photos and Words by Gaby Kaos

This is the first review in a new column series called “A Kaos-ly Short Show Synopsis”.As an artist who has been in the music industry for over 15 years, my concert going experience has transformed from when I was simply a fan with a dream. With modern-day technology, we as a human race are constantly in an information overload state. With that in mind, I will be providing short “to the point” reviews that focus on my perspective as a musician who has a short attention span. For my first installment, I had the pleasure of shooting Angels & Airwaves on Wednesday, September 4, at the Marquee Theater in Tempe, Arizona. Also, on the lineup was the New Regime and Charming Liars. Marquee has always been one of my favorite venues to photograph at and I am a huge fan of Angels & Airwaves. To say I was excited to cover show is an understatement.

Charming Liars: Think of U2 meets punk goth. That is straight the vibe I got, and as a fan of both it was quite a surprising performance. They truly rocked their set from start to finish and proved they are in a category of their own.

The New Regime: Now this added an interesting dynamic to the show. The lead singer Ilan Rubin is not only the drummer for NIN and Paramore, but also rocks the kit for Angels and Airwaves. Despite some technical difficulties with their drum pads, they absolutely crushed their set. The light show was also quite impressive which was a perfect leadup to the headliner.  At the end, Rubin put his guitar down and a few moments later he came back on stage to drum with Angels & Airwaves. The double duty on his part was super impressive.

Angels & Airwaves: They 100% absolutely killed their performance through and through. Tom Delonge’s voice was in perfect pitch for every single song. It is good to know that between chasing aliens he has found time to perfect his vocals. Another major quality of the set that stood out was the amazing light show that coincide with every single song and sound. The energy in the room was incredible and nothing like I had ever experienced before. The best part of the set was watching Delonge sing through a medley of his songs: Boxcar Racer’s “There Is”,Blink 182’s “Aliens Exist”, and “I miss you”. This had everyone in the room singing every single word.

Overall Show Rating: 5 out of 5 skulls