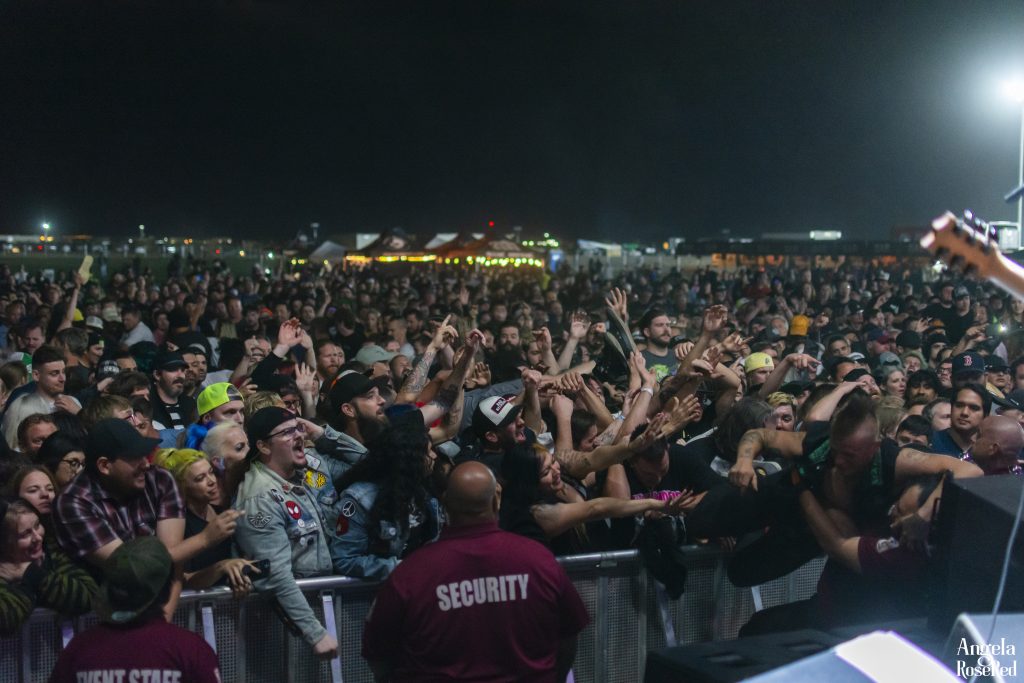 Photos and story by Angela RoseRed

Tears welled in my eye ducts as Greg Attonito’s (The Bouncing Souls) perfectly pitched voice escaped through monstrous speakers. A sudden cool breeze danced upon my face, while the golden Arizona sunset rays shimmered. The infamous Punk in Drublic stage banners moved in unison, and it seemed the entire crowd held still mid-motion. I finally found music once again.

Jumping into the near present requires me to give you a peek into the past. I suddenly stopped listening to music.  For someone who’s mother often recalled her childhood ability to mouth music lyrics before speaking actual words, this rejection was bizarre. Music was my very first friend, but I turned my back on it during a heavy bout of depression. I don’t know the exact moment this shift occurred, but during a mini tour with my Sound Sisters, the Venomous Pinks, my life changed drastically. While on the road, I got word that my mother in law’s health condition worsened. Within days, my husband and I left concrete jungle Tempe, Arizona,  for small town middle America with some belongings, my virtual office, and our dogs in tow. Those three months temporarily living out of state ended with her cancer free and us closer with family. Grateful was an understatement, but shortly upon returning, two life changing  family deaths sent me spiraling. Already feeling socially disconnected, I withdrew even more, not knowing how to lift this cloud of gloom. Peopling in public was not an option, and I became unsure where this left me in this world. As a once loyal scene cheerleader and content contributor, my dreams of being behind my camera again at shows were a thing of the past. Listening to music has always been an anchor, but in those dark moments it became a reminder of everything and everyone I was missing.

Fast forward to a few weeks ago when I sent a wishful text to Drea Doll about getting back into the photo game for Punk in Drublic. It felt far fetched since it’s been a hot minute since we updated our website content, with our podcast on hiatus. She responded with a lovingly “just fucking do it” attitude alongside a press contact. Time to put up or shut up, so I dubiously submitted my information for a photo pass. Meanwhile, Gaby Kaos asked for help with her Kaos Merch tent. Since The Pinks were on the bill, I anxiously agreed to help a sister out, and was surprised shortly after to see a press approval email waiting in my inbox. Slinging merch and photographing the festival at the same time?! Shit just got real.

After weeks of buildup, the day of Punk in Drublic had finally arrived. Feeling frantically feral seeing familiar faces as we made our way through Bell Bank Park. Outside of digital social profiles, it had been over two years Pre-COVID since I last saw most of the people I ran into. Excitement replaced my nerves when others said the same thing. Thankfully, also behind Kaos Merch tent stood one of my dearest Summer Rose. Like all the other old friends I ran into that day, she and I picked up right where we left off. With a merch selling tag team game plan in place, it was punk rock time.

As the beer tasting flowed, so did the crowd while everyone migrated to the stage. Distracted by performing dad jokes to a Kaos Merch consumer, the first band started before I made way to the photo pit. This was my first time catching Winterhaven, and the foursome from Flagstaff, Arizona, did not disappoint. Their tight pop punk sensibility stood on their own, and made for a strong opener.

While exiting the pit, I smiled at the fellow photog warriors. Live music photographers are the misfits among misfits. Our songs are sung through camera shutters to create candid music portraits. I was stoked at the unspoken camaraderie amongst us.

Next up, The Venomous Pinks. All bias aside, they shredded from start to finish. The set was filled with new songs alongside some refreshed takes on some of their old hits. The Pinks are newly signed to SBAM records, and being a member of their behind the scenes crew, I was beyond psyched. There is something special about witnessing someone’s dreams come to reality. With their national and international tour schedule filling up fast, big things are underway for our hometown heroes.

The Last Gang came barreling across the stage strong AF from the get go. Their infectious energy had me running back and forth in the photo pit to the beat, while ducking to dodge other photographer’s lenses, just pleading to the photog gods that I landed a decent shot. After non-stop smiling through the first three song photographing allowance in the photo pit, I made my way back to the Kaos Merch tent. Suddenly, the band started to rip “Believe in the Poet”, an anthem I played on repeat prior to shoving music into my skeleton closet. Quickly pivoting, I made my way to the front of the crowd. I have not sung that intensely in years.

Continuing with the momentum, heavy hitters Authority Zero was the third Arizona band repping at the festival. They had the crowd singing along in unison from start to finish. For sure a local fan favorite and staple.

Lagwagon followed, and photographing their set was an unforgettable experience. Joey Cape looked down, and stared through my camera lens to give a friendly smile with a wave, just long enough for me to snap a pic. Fangirl moment of the year!

The Bouncing Souls was next, my first time experiencing them live.  As one of my all time favorite bands who paved my personal punk journey, I transcended. It reminded me of who I am. Cliches be damned, we are all True Believers.

While waiting on the stage sidelines for security to permit entrance into the photo pit for the next band, I talked shop with other photographers. Community over competition vibes all day. The synergy in being a part of this community again was like an addiction. It was clear, I was back on my bullshit, never wanting to experience photography withdrawals again.

I had a blast catching pics of one of my all time favorites, Me First and the Gimme Gimmes. I was stoked to see a Elton-John-esque-looking, Spike Slawson, whale on the ukulele. The rest of the Gimmes joined to annihilate the crowd in the best way. Fat Mike even wore a Hawaiian shirt to play a few bangers. Guess what songs they played? Hint: They were all covers.

Headliners NOFX came in with their usual in-your-face antics. Fatty had me dead at his, “…the only thing Arizona got right was not joining daylight savings time.” Somehow I ended up backstage and took some shots behind the scenes. To my thrill I caught the attention of  Karina Denike (Dance Hall Crashers) between singing back vocals and playing keyboard. I fangirled once again and made a quick heart sign with my hands. She smiled with gratitude at my fandom and said thank you. After that, I scored a bonus song in the photo pit. All in all, I did teenage Angela proud.

From being behind a merch tent, to bopping around the photo pit, to stealing shots backstage, I felt most at home singing alongside the crowd. There was a new sense of unity unlike I ever experienced before. Maybe it’s because we all in some ways took our togetherness for granted, and know the bleakness firsthand when live music is absent.  As the night came to a close, my mind and ears were buzzing, but my mind was clear. I never truly stopped listening to music, since it was and will always be a part of me.  The volume just needed to be turned way up. 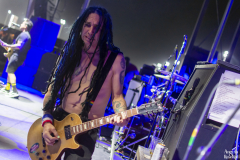 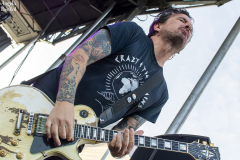 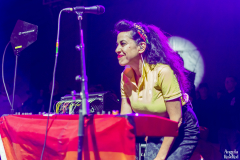 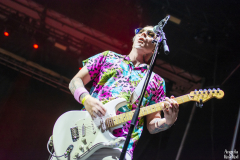 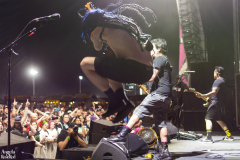 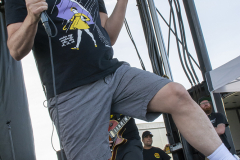 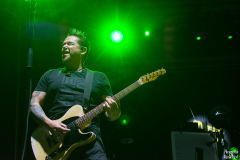 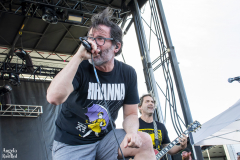 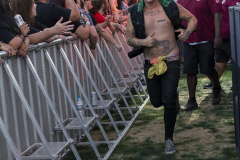 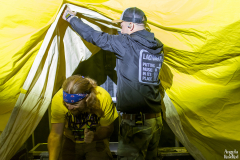