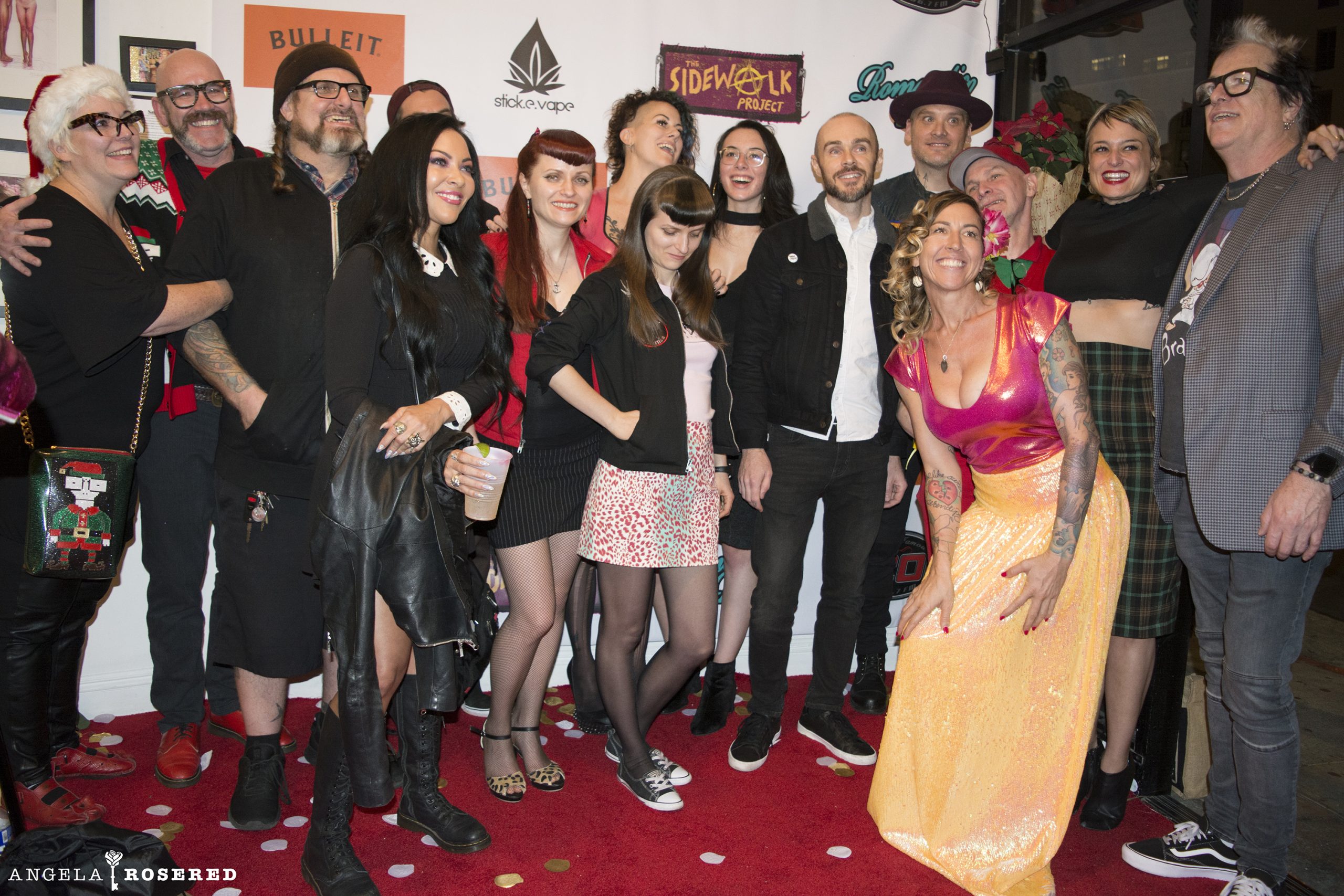 The evening brought a constant flow of enthusiast circulating throughout the gallery as some sipped signature cocktails that were specially named after the artists/musicians whose work cascaded the walls. It was evident that careful planning and thoughtful intentions inspired the overall curation of the show. Each piece on display had its own unique voice aside from the creator’s “big name” listed on the artwork tags. The dividing wall between entertainer, artisan, and fandom was nonexistent as everyone mingled and gazed upon the eclectic selection of artwork. As hours past there was a sense of silent camaraderie, unlike most punk rock music events. Instead of bystanders waving fists in the air chanting song lyrics, there was a collective generated buzz consisting of curiosity, admiration, astonishment, excitement, inspiration, and most importantly thoughtful discussions. It was truly the authentic aftermath of when music inspires art and art inspires music.

Be on the lookout for exclusive Sound Sister artist interviews that were recorded live from the event featuring Steve Caballero, Soma Snakeoil, Warren Fitzgerald and Chris Shary. For updates on future Romanic Rock’s events visit romanticrock.net .