The Sisters kick off the episode with a topic that is near and dear to their black hearts: Ways to support live music establishments through organizations such as the National Independent Venue Association. Later, they brought in drummer April “Schupe” Schupmann from Sniper 66, Threes Away, Lizzie Boredom, Fight Plan….and more. Much emphasis on the “more” bands piece because when asked the grand total of her current music projects, April has officially lost count. Literally. To say many musical stories were told is an understatement. They also chat about her North Dakota UFO sighting and fangirling out over Joey Cape. Plus, she relives her Punk Rock Bowling nightmare realized, which ended with Pat Thetic from Anti-Flag mistaking a gear mishap for a leftfoot kick drum show off sesh. Find out how she pulled it off and more on this episode of the Sound Sisters Podcast!  read more 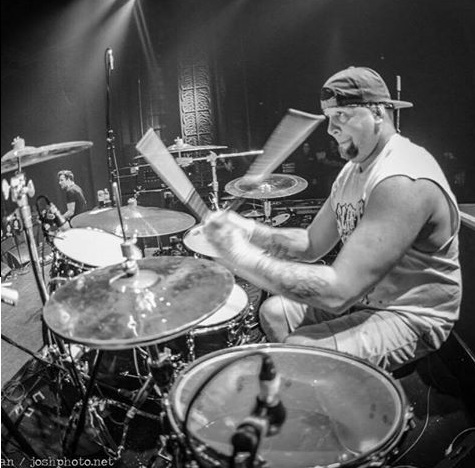 Chris Dalley drummer for Authority Zero, Pulley and the Implants stopped by the Sound Sister Studio before heading off to tour Japan. He chats with the ladies about his journey from being a super fan to a sponsored drummer, tour war stories, what it was like working with legend Bill Stevenson and gives advice on how to live the musical dream. All this and more on the Season One Finale of the Sound Sister Podcast.